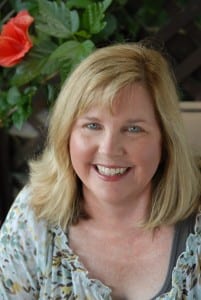 Last month, The Vermont Country Store welcomed back New York Times bestselling author Marie Force for a book signing and to officially kick off her latest release, And I Love Her, before it was available to the rest of the country. This is the fourth book in her Green Mountain Series of novels, which was inspired by The Vermont Country Store and its proprietors, the Orton family.

Marie is also the author of New York Times bestselling McCarthys of Gansett Island Series, and New York Times bestselling Fatal Series from Harlequin’s Carina Press, as well as the Treading Water Series and numerous stand-alone books. For all who couldn’t make it to Vermont for her book signing, she has graciously agreed to answer a few questions about herself and her Green Mountain series.

You recently had a book signing at The Vermont Country Stores, in both Weston and Rockingham, kicking off the promotion of your newest book. Can you tell us a little about that event and how it went?

It was great to be back at the Vermont Country Stores and to visit with my friends in both stores as well as the Orton family. Everyone has been so welcoming and supportive of me since the first book was released. Eliot Orton mentioned having to hide out in an underground bunker because all the moms in Manchester thought he was the real-life Will Abbott, the hero of the first book All You Need Is Love. I loved that! It’s been great to meet the family and to get to know them and more about their story. I love being at the stores, too. I always end up shopping during my book signings because there are so many things I can’t possibly live without in both stores. Before I leave Rhode Island, I take syrup and cheese orders from my friends so I can bring back treats for everyone. Last year, the ladies in Rockingham outfitted me with a new wardrobe for several conferences I had coming up last summer. I enjoyed having my own personal style team to give me suggestions, and I love everything I bought that day.

I’m going to cheat and ask two questions in one. What inspired you to write the first Green Mountain Romance, and what inspires each subsequent book in the series?

I first got the idea for the series when I heard about the store on the NBC Nightly News. From there, my husband and I ventured to Vermont, visited both stores, and I was absolutely charmed by the stores, the catalog, the history of the Orton family and Vermont itself. I wrote the first chapters of the first book, which my agent sold to Berkley Publishing, a division of Random House Penguin, and that first book, All You Need Is Love, was released in February 2014. The first three books have been New York Times bestsellers and we have our fingers crossed for book four. My fictional Abbott family consists of ten siblings as well as a family of close cousins—the Colemans. I hope to write about all the Abbotts as well as the Colemans before the series is finished. I’m not very good at “ending” series, so I hope to be writing about Vermont for many years to come. 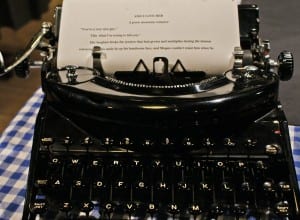 This may seem like a silly question, but I’m curious to know if you, as the author, have any favorite characters in the series, ones that you feel especially fond of or connected to?

I enjoy all the characters, but Fred, the town moose, has taken on cult status with the readers, and he’s a favorite of mine, too. He’s always showing up at the worst possible times, causing mayhem and mischief, which makes him fun to write. I also enjoy writing Lincoln Abbott, father of the ten Abbott kids, and his father-in-law Elmer Stillman, who are a couple of matchmaking buttinskies. The readers love them and their antics, too!

How did you meet the proprietors of The Vermont Country Store–Lyman, Cabot, Gardner, and Eliot Orton?

I met Eliot and Cabot before the first book was released, and then I met Lyman last June at the official series launch party at the stores. My whole family fell in love with Lyman, who is so fun and funny! I’ve yet to meet Gardner—I think he might be hiding from me so I won’t make him a character in one of the books. ☺ I’ve had such fun getting to know the Ortons, and I can’t tell you how much their support of my series has meant to me. I’m also thankful to Jim Szabo, Kevin Marvelli, and all of the other store employees for always making me feel so welcome. It’s been a fun partnership!

5. You’ve said that there will be more books in your Green Mountain series. Can you tell us how many, and (I’m cheating again) when will you visit us again in Weston and Rockingham?

Well, there are ten Abbotts and eight Colemans, so I hope to be writing the series for the next few years. We’ll see how it goes. As long as the readers are enjoying it, and it’s fun for me, I’ll continue. So far so good on both fronts! I’m always happy to go to Weston and Rockingham, so I hope to get back up to Vermont after book 5, It’s Only Love, is released in November.

COME VISIT US IN OUR STORES

Our stores and restaurants are open! For the safety of our customers and storekeepers, we require that masks be worn in stores. Please observe social distancing of 6 feet or more. We will be limiting the number of people in the store at any one time.