Serve a Plum Pudding for Christmas!

The plum pudding is the quintessential Christmas dessert. It’s rich, dense, intensely fruity, yet subtle and complex. And of course, it has a kick of rum or brandy. Some people say they don’t like plum pudding; they have never had a really good one. There is nothing like it. 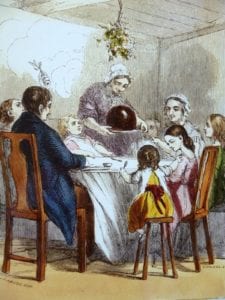 Plum puddings aren’t simple, though. They require at least 14 ingredients, an hour of prep work, and 6 hours (yes, 6 hours) of steaming. Oh, and did we mention they have to age for at least three weeks? Longer is even better, so basically, you should have started last week. If you are too late, we can offer you a very fine aged plum pudding from England. Buy one now and put “make a plum pudding” on your calendar for next December 1st. Cheers!