For the Love of Vintage Ornaments

There’s a certain charm that only old-fashioned vintage Christmas decorations seem to possess. And when we say “vintage” we’re not only talking about the very precious (and sometimes very valuable) ornaments that date back generations. Rather, we mean those handmade and dime store ornaments from yesteryear that hold a special place in your heart, too. They could be a homemade Christmas ornament that you made as a kid or a hard-won ornament from an ornament swap party.

Many of the old-timey ornaments we cherish have interesting origin stories. Even the lights we string on our Christmas trees have a tale to tell. As legend has it, the first Christmas tree was brought into the home in Germany in the 16th century. And not too long after, Martin Luther added lighted candles to illuminate his Tannenbaum after he was inspired by the beauty of the stars and the pines on a walk home on a winter’s eve.

Christmas trees came to the United States in the late 1800s. German settlers in Pennsylvania shared their treasured holiday tradition from their homeland. Though it really wasn’t until the advent of electricity that most Americans embraced the new traditions in the 1880s/early 1900s. Thomas Edison created a safety Christmas bulb in 1917 to replace the dangerous open flame candles. Before every American home had a Christmas tree in their living room, most small towns put up a Christmas tree in their town square. 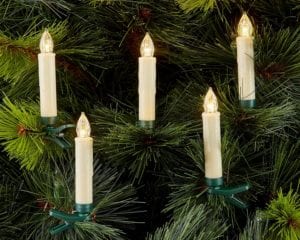 From Pine Cones to Tinsel

Once Americans embraced the idea of their very own Christmas tree, the world of ornaments exploded onto the scene. Original tree ornaments were often food or nature-based, and included pine cones, strings of popcorn, apples, nuts, and cookies baked in festive shapes. 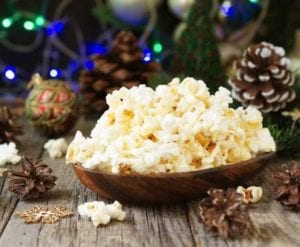 Soon Americans were reaching back to the Victorian-era for old-fashioned tree decorations like sparkly glass baubles and tinsel. Tin and metallic tinsel and garland added another layer of “holiday glow” to Christmas trees as Christmas lights reflected white, yellow, red, green, and blue off of the silvery decorations. 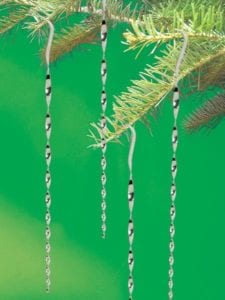 In the 1880s, Americans fell in love with delicate blown-glass Christmas ornaments from Germany. Shiny fruits, hearts, stars, Santas, and angels were all the rage! F. W. Woolworth, another famous storekeeper, started to import German glass ornaments to sell in his famous five and dime stores. 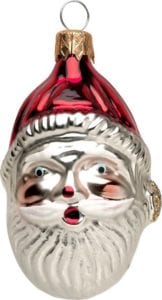 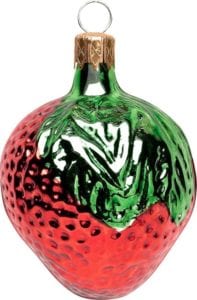 One of the most popular old-fashioned Christmas tree ornaments were Gurley ornaments. Famous for their seasonal holiday candles, when the folks at Gurley added a hook and string to their original Christmas candles molds, well, they couldn’t help but be a runaway hit. 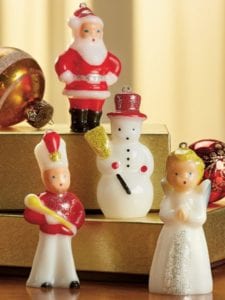 We can’t forget about those handsome nutcrackers! After World War II, U.S. GI’s brought home German nutcrackers to their families and they instantly became a holiday favorite here in the States. We can’t imagine Christmas without these colorful, rosy-cheeked sentinels on our mantel!

There are so many old-fashioned ornaments to choose from. Some are collector’s items from the past, others rare, hard-to-find antiques. Perhaps most common (and loved), the homespun ornaments that touch our hearts enough to make them keepsakes for Christmases present and a treasure for Christmases to come.