What You Don’t See When Driving Through Vermont 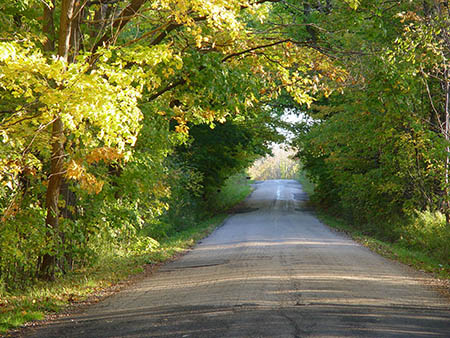 A funny thing happens when you drive into Vermont from Massachusetts or upstate New York. The foothills are the same, the rolling fields are similar, but Vermont has something special that people can’t quite put their fingers on.

Actually, part of the difference is what Vermont doesn’t have — roadside billboards.

Vermont has always been protective of its scenic views. As billboards popped up throughout the 1900s, Vermonters made sure their voices were heard. Our grandfather, Vrest Orton contributed to the battle throughout the 1950s, publishing several editorials which were popular for their passionate delivery, “Roadside signs in Vermont are illegal because scenery belongs to the public, not landowners.” he said. In 1968, the State of Vermont finally outlawed billboards entirely, one of only four states to do so. Every so often some lobbying firm makes a run at the law, but so far we’ve held our own.

It’s become a point of distinction with us, and to some, a point of proud defiance. As Vrest once said, “An urge to plaster all the roads with massive, gaudy and hideous sign-boards is basically un-Vermonterish.”

There’s no better way to experience the difference than to see it for yourself! We hope you’ll take a drive up our way soon, and be sure to stop and visit us at The Vermont Country Store when you do.

for the Orton family, Proprietors of The Vermont Country Store